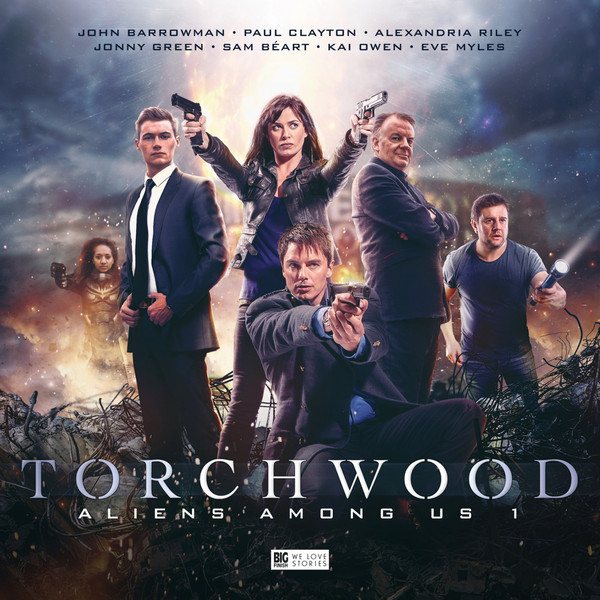 The new adventures - titled 'Aliens Among Us' - bring Jack and Gwen back together in Cardiff, where they set up a brand spanking new team-T, which includes characters created by Russell T Davies himself.

Torchwood's back. Enjoy!
Posted by Anthony Garnon at 5:31 pm No comments:
Email ThisBlogThis!Share to TwitterShare to FacebookShare to Pinterest 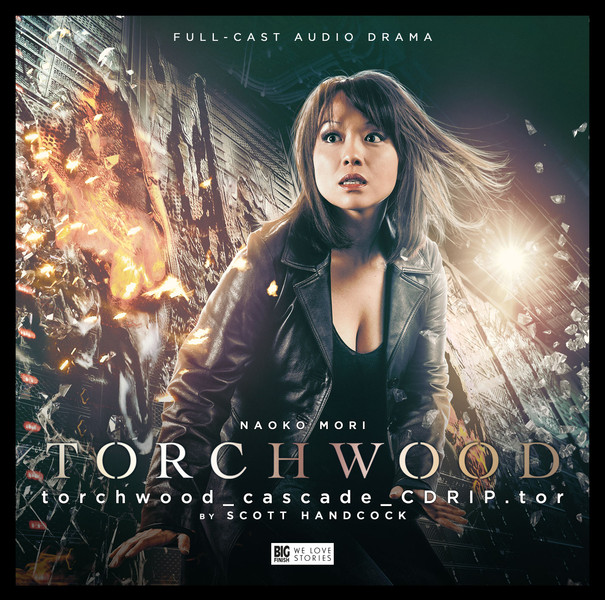 WARNING: The unauthorised reproduction or distribution of this copyrighted work is illegal. Your downloads are monitored. Internet piracy is a crime and is punishable by up to 5 years in prison, a fine of £250,000 or death.

Come on, we’ve all done it. We’ve all downloaded a cheeky little something we shouldn’t have. After all, what’s the harm, eh? You never get caught. No-one knows. No-one knocks at your door and tells you you’re about to die.

Turns out, there’s something hiding in the internet. It knows what you’ve done. And it’s going to stop you. 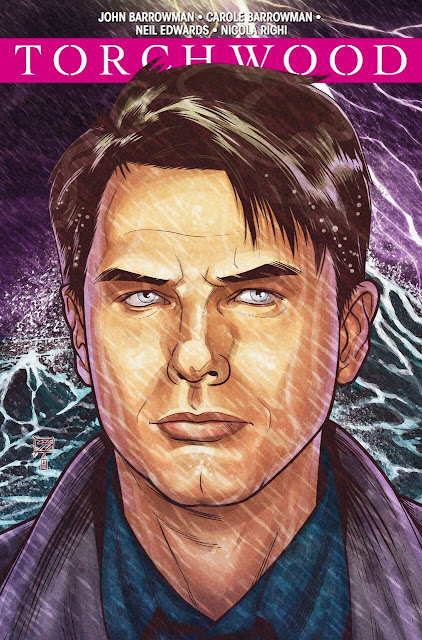 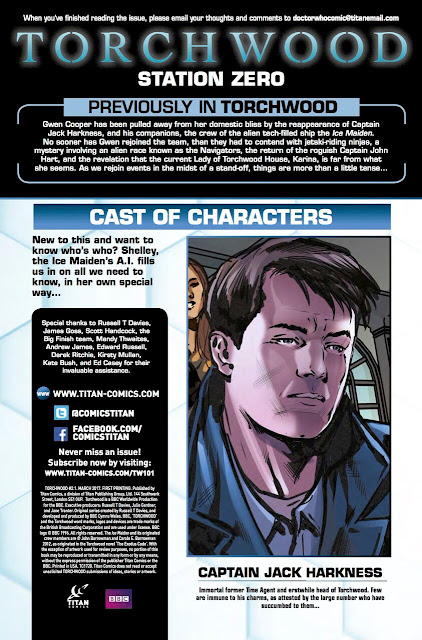 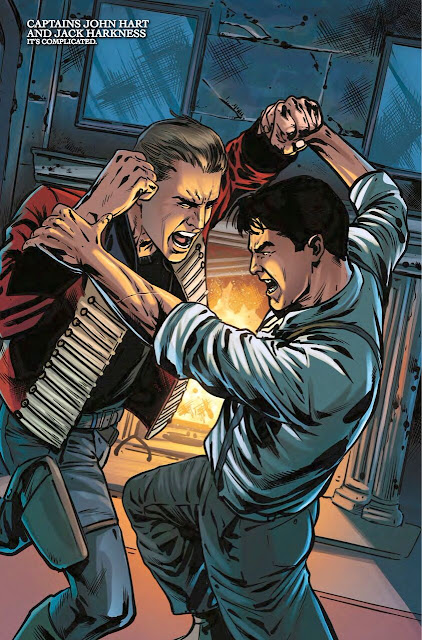 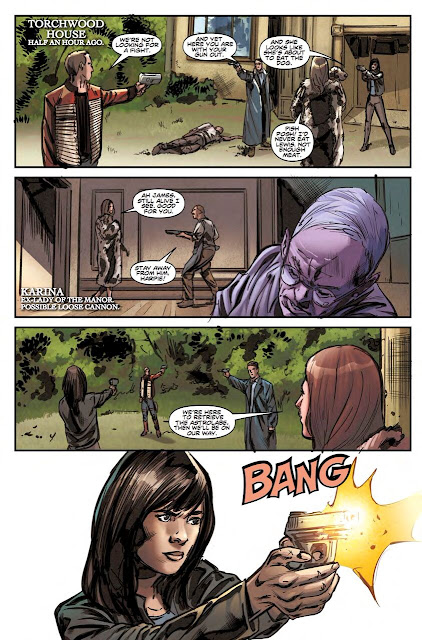 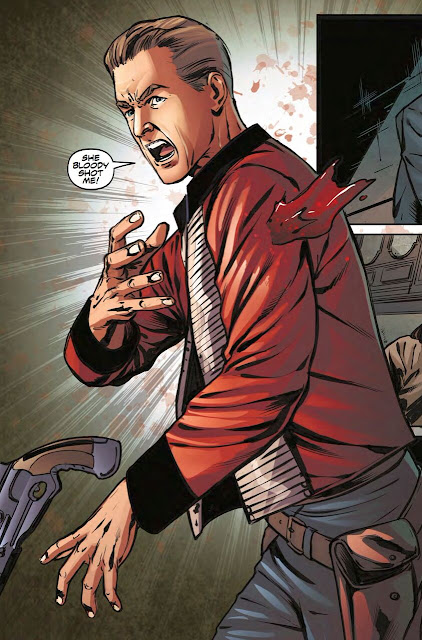 The issue can be bought from all comic book shops - or through Forbidden Planet.com (ships internationally)
Posted by Anthony Garnon at 9:47 am 1 comment:
Email ThisBlogThis!Share to TwitterShare to FacebookShare to Pinterest

Out Now - Torchwood One: Before The Fall

Torchwood One: Before The Fall, a new boxset from Big Finish covering London's Torchwood One, has been released. In it, Tracy-Ann Oberman reprises her role as Yvonne Hartman alongside Gareth David-Lloyd (Ianto Jones) - in linked stories set before Doctor Who's Army of Ghosts. 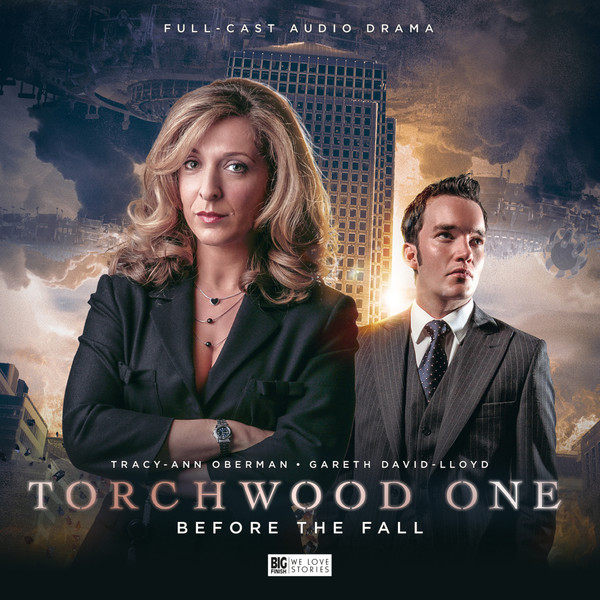 It’s Rachel Allan’s first day at Torchwood. Torchwood only takes the brightest and the best – and Rachel’s wondering if Yvonne Hartman’s made a terrible mistake in picking her. Plunged into a world of alien invasions and office politics, Rachel’s desperate to fit in. For one thing, she really wants this job. And, for another, she knows what happens at Torchwood if you fail.

Through The Ruins by Jenny T Colgan

Away Days at Torchwood aren’t what you’d expect. Yes, there’s the forced camaraderie, the team-building exercises, and the chance for long-held rivalries to boil over. But Torchwood Away Days also have the potential to get very lethal very quickly. Yvonne Hartman’s extremely worried by this year’s Away Day. But she’s got other things on her mind – something’s very wrong with Torchwood.

Torchwood has experienced some radical changes, but things are finally settling down. Everyone has pulled together and is trying to put the past behind them. Well, except for Yvonne Hartman – she’s out to win the future. There’s one problem. Someone seems to have started an interstellar war. Someone who knows Torchwood from the inside out.

You can click here to order!
Posted by Anthony Garnon at 10:19 am No comments:
Email ThisBlogThis!Share to TwitterShare to FacebookShare to Pinterest

Out today from Titan Comics... #9 of their ongoing Doctor Who: The Ninth Doctor series! 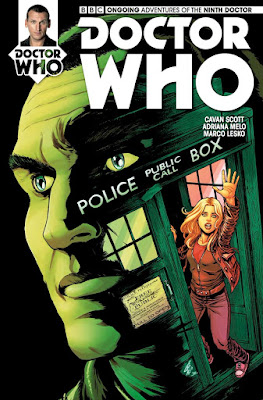 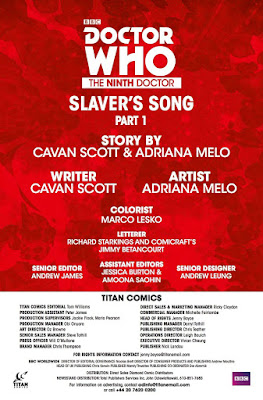 Jack features within, and this current storyline may answer the long lingering question of what happened to those missing 2 years of Captain Jack's memories...

We've been sent some preview pages from our friends at Titan: 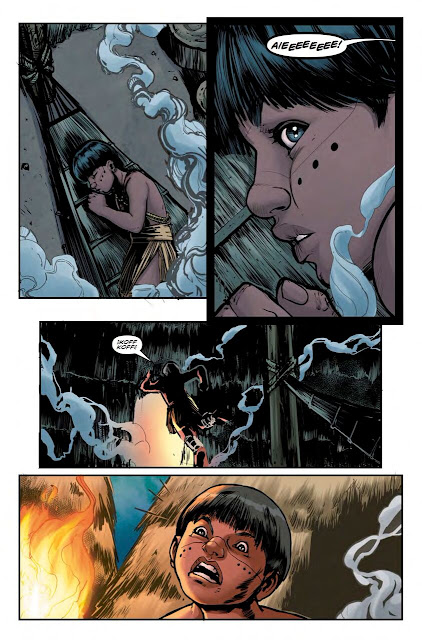 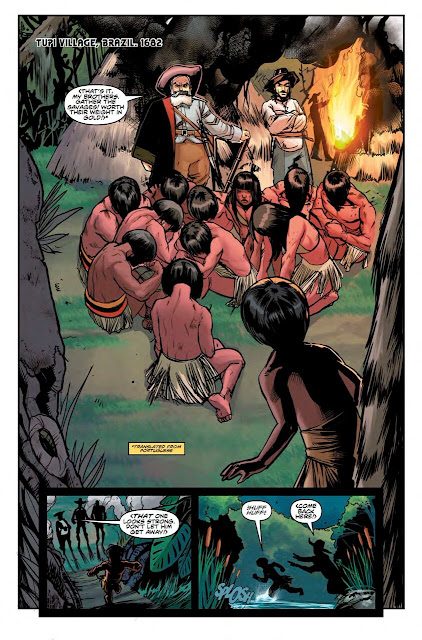 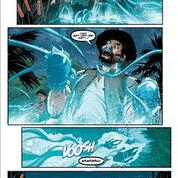 (Apologies about the resolution quality of that last image.)

You can order the issue by clicking here.

Meanwhile another storyline from the series - titled Doctormania, and also featuring Captain Jack - is released collected in graphic novel form. 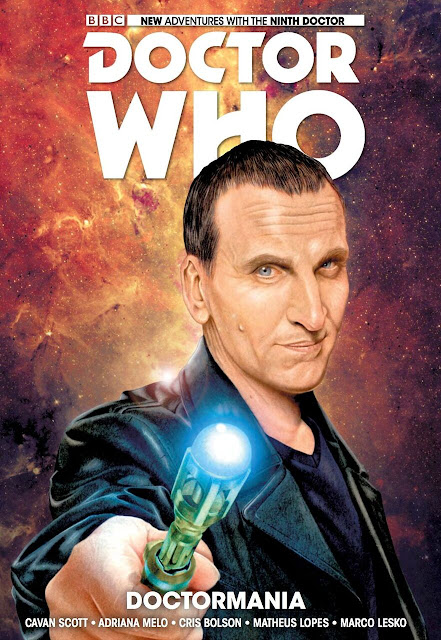 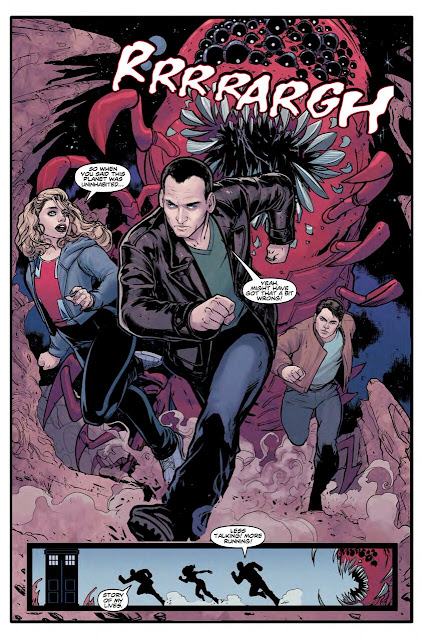 That book can be ordered internationally from here.

Elsewhere... Torchwood 2 #1 hits shelves on February 8th!
Posted by Anthony Garnon at 7:30 am No comments:
Email ThisBlogThis!Share to TwitterShare to FacebookShare to Pinterest

Titan Comics have changed the release dates for the Torchwood 2 series: 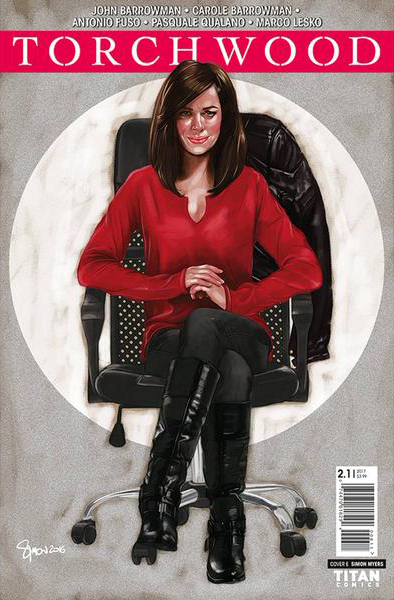 Captain Jack Harkness, Gwen Cooper and the rest of the crew of the Ice Maiden investigate a case the likes of which even they haven’t seen before! Does the ship’s unconventional crew have what it takes? 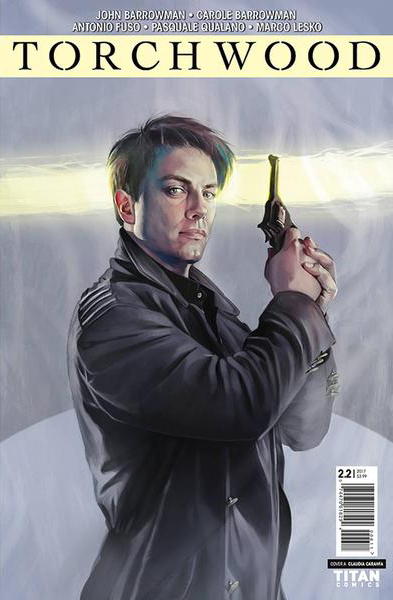 Jack, Gwen and the crew of the Ice Maiden must stop the threat that started in the Skagerrak Strait, before disaster ensues. And what is Rona’s secret? Meanwhile, the mystery of Lady Karina and Torchwood House continues! 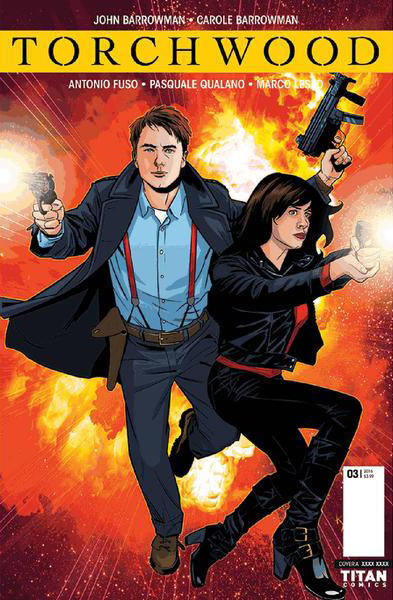 The Torchwood team must deal with the threat posed by Lady Karina, but can they find out her secret and stop her plans? And the mystery of Rona continues; can the Ice Maiden crew find out more about their young stowaway? The four issues will be collected into a graphic novel later in 2017.
Posted by Anthony Garnon at 10:28 am No comments:
Email ThisBlogThis!Share to TwitterShare to FacebookShare to Pinterest
Older Posts Home
Subscribe to: Posts (Atom)