Ask Ianto; It's 8 Months Away!

What does JB know anyway? He's too busy with his dozen other gigs. Gareth David-Lloyd told the Woodies gathered in Telford yesterday that Torchwood Series Two is right on schedule. They start filming in April and broadcasts will commence around October, so in other words, the same schedule as last year. That bit of news from one of the stars should put a spring in your step this weekend. 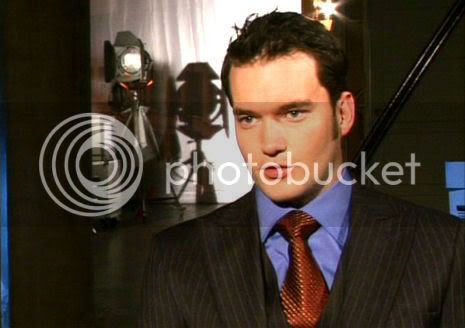 Thanks very much to Springmaus who attended the convention and sent us a full report. In addition to that news she listed the following that Gareth said during the Q & A:


Posted by curls at 3:00 am
Email ThisBlogThis!Share to TwitterShare to FacebookShare to Pinterest

So much new information. THANK YOU!

The "I close my eyes and imagine it's a woman" trick won't work for the sex scene that will (hopefully) have in season 2 - you gotta find something else, Gareth!

I love you Gareth David-Lloyd. You are absolutely amazing and like Ianto, full of useful information. You are equal 2nd on my favourite Torchwood characters with Tosh and Owen. I'm sorry, but my favourite is Gwen.

This website has inspired me to make my own website dedicated to Torchwood! Although it is a minor site compared to this amazing site, it would be cool if you came to my website.

I hope you don't mind me pasting that!